Healthcare providers: How Can you Quickly Reach Patients via WhatsApp?

Digital medicine is more in demand than every before. How are businesses and governments using WhatsApp to meet patient needs? 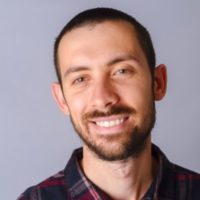 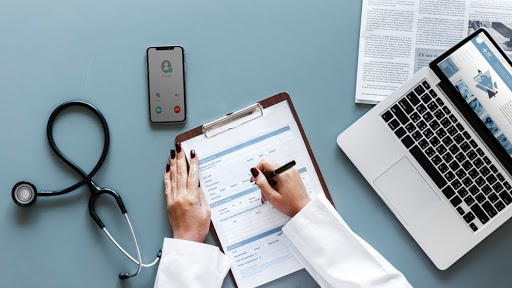 Due to the Coronavirus, health centers are dealing with an overwhelming number of calls, and patients need immediate attention. What’s the solution?

The appearance of COVID-19 on the scene has put all types of healthcare providers in a dire situation.

According to the Harvard School of Public Health, somewhere between 40% and 70% of the population could contract the virus, and of that total, approximately 20% of the patients will need to be hospitalized.

But does this translate to an over-saturated system?

Let’s look at an example…

According to the same institution, the city of Los Angeles, in the United States, has 19,500 hospital beds. Today around 66% are occupied for various reasons.

This leaves 6600 beds open for new patients, while that part of the country has a population of close to 10 million.

Of those, 12% are over 65, making them part of the population that is most vulnerable to COVID-19.

So the Harvard researchers looked at a moderate scenario, where 40% of the population is infected over a period of 12 months. If that were to happen, the hospitals in Los Angeles would see approximately 647,000 patients with Coronavirus.

The conclusion? They’re going to need 21,600 beds in 12 months, which is 3.3 times the number of beds they have available during that period.

That’s not all. According to a study by DialogTech, given that people are avoiding contact, virtual medical appointments have become the most logical solution.

Between February and March of 2020, searches for remote health care providers increased by 52%.

Furthermore, according to e-commerce data, 50% of the searches for products in their online stores are health related, and there was a 1000% increase in sales for healthcare related items. 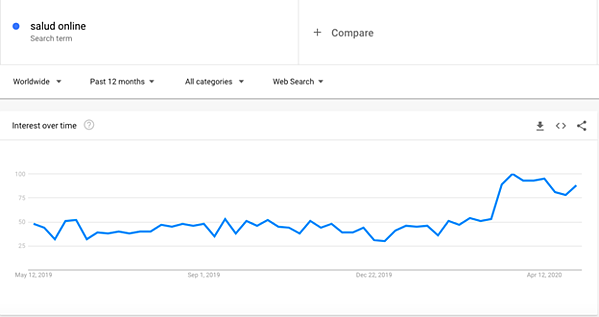 Evidently, health clinics are going to be dealing with an exponential increase in calls, but this raises a lot of questions:

How can they respond to patients immediately?

Is there some way to provide service that is more automated while at the same time personalized?

What have countries like China implemented, where they were the first to lift quarantine restrictions?

let’s start with the last one…

Is the healthcare system overwhelmed?

Before the outbreak, Chinese patients generally went to physical health clinics for care. 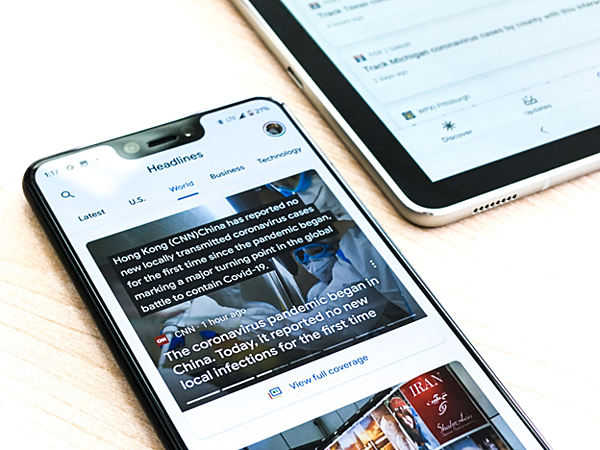 Often we make mistaken assumptions. For example, when I started writing this post I thought that telemedicine was surely already a very popular option in China.

The reality is that, according to a survey by Bain, only 24% of people had used telemedicine at the beginning of the pandemic. In contrast, 64% anticipate using it over the next 5 years.

The Coronavirus sped up digital adoption. As the number of cases grew, online healthcare platforms experienced an unprecedented boom.

Ping a Good Doctor, a healthcare services platform, saw an increase of almost 900% in new users over December 2019. Ding Xian Yuan, an online community for healthcare professionals grew 215% over the same period.

Has this trend held true in the rest of the world?

Geisinger Health, in the United States, recorded a 500% increase in telehealth requests in March.

And problems on this scale require scalable solutions. Based on this need, they trained over 1,000 professionals to handle these calls. 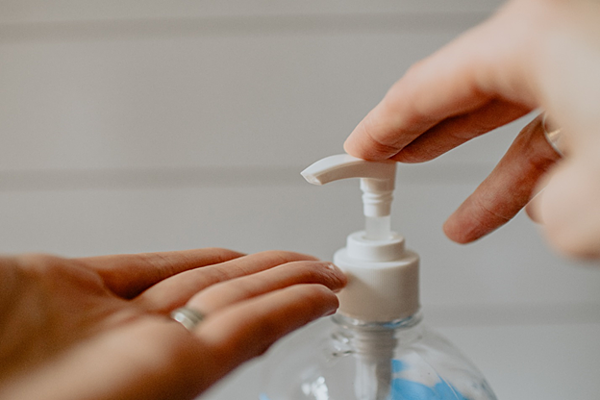 Soon it was Providence Health of Washington’s turn. They reconfigured their chatbot to handle various common questions and test related to the symptoms of COVID-19 to allow them to better eliminate false cases and focus on high-priority patients.

According to the company, they saw 70,000 sessions initiated and over a million messages exchanged between patients and the chatbot during the first months of the outbreak. That was 15 times as many messages.

That’s how a digital solution rose above the others and became the standard for international institutions, governments around the world, and businesses.

The question isn’t whether this will become a trend anymore, but rather how to respond  to patients’ need for instant service.

In March of 2020, the World Health Organization (WHO) launched their official WhatsApp account.

The account included a chatbot in charge of answering various common questions to somewhat alleviate the flood of messages.

In India, WhatsApp has 96% penetration on mobile apps. In February of 2019 (the latest official data available), the number of active users on the Facebook app climbed over 400 million. 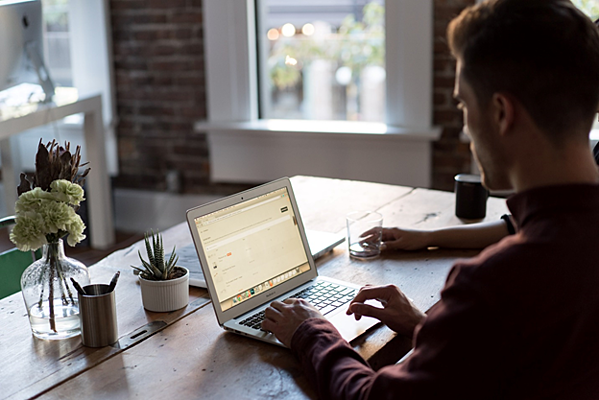 And what did the government do?

They turned to WhatsApp to raise awareness about the pandemic by setting up a chatbot. Their citizens could now get instant answers to the most common questions about the Coronavirus 24 hours a day. The result? Less congestion on healthcare hotlines.

Soon the trend took off. Governments around the world started to set up channels. They did it in Australia, Germany, the United Kingdom.

We have the case of Brazil, where 9 out of 10 doctors communicate with their patients via WhatsApp, according to Cello Health Insight.

When all’s said and done, the major advantage of WhatsApp for the users listed above is the price: $0.

After that, there’s its incredible popularity. By February of 2020, WhatsApp reported 2 billion users worldwide.

That’s not all. In the countries most severely affected by the COVID-19 pandemic, messages on WhatsApp increased by up to 70%.

WhatsApp and healthcare providers: the solution we’re looking for?

Great, but WhatsApp is a tool for individual users.

For companies, there’s WhatsApp Business, which makes the interaction between the two parties official, provides  access to use metrics, and offers a library of predefined responses.

Specifically, what can you do with WhatsApp Business?

So how are they using this in the healthcare sector?

BAE Negocios did a survey of various dentists, who have one of the riskiest jobs during the pandemic given the fact that they can’t sterilize all the tools they use.

That’s why they decided to use WhatsApp for urgent care and to exchange photos to diagnose issues so they could continue treatment as necessary.

In Argentina, according to Clarin, some health insurers enabled online appointment mode and sent prescriptions via WhatsApp.

Healthcare companies like Omint, Sancor, Medifé, Medicus, and Galeno are moving in the same direction, given that virtual medical appointments and and prescription requests have increased to 10 times what they were earlier in the pandemic.

Here are some of the best use cases:

That way, the chatbot, which is embedded in the Doctor App application (only  available in China) works as a filter for people who aren’t well and could need medical attention.

Another virtual assistant based on artificial intelligence is You.MD, a chatbot that works through an app, and whose answers are validated by doctors.

Setting up a WhatsApp chatbot

Here’s what we wanted to get to…

This is where WhatsApp Business users hit a dead end. The features are good, but limited.

For example, WhatsApp Business doesn’t allow you to set up a chatbot.

Does that mean you can set up a WhatsApp chatbot with Zenvia Conversion?

Yes it does. We actually call it a task bot because its job is to direct messages to the correct team and give information about when service will be available.

And according to our calculations, implementing task bot can reduce support costs by up to 30%.

But that’s not the only feature that Zenvia Conversion provides for healthcare providers who want to use WhatsApp with their patients.

You’re the director of a hospital or clinic. How many phone numbers will you need to serve all your clients? If doctors use their personal numbers, how will you be able to monitor what they say (or don’t) in each conversation? Will you be able to measure performance? Will you generate transactions?

And a more philosophical question: how many “official channels” will your business have? In other words, how will you message them?

Imagine the “Contact us” page for a business having an individual phone number for each head of each department. That would be a little complex.

Let’s keep going. If person A needs to transfer someone to specialist B, how will they do it? “Hi, here’s my colleague’s number, message them and tell them I sent you.”?

It could all be so simple.

Luckily, Zenvia Conversion takes care of all these questions, because we are one of the few apps that officially integrates with the WhatsApp API.

One of the main features of Zenvia Conversion is that it allows you to create one centralized WhatsApp line for each team, avoiding the use of personal phone numbers to communicate with patients. 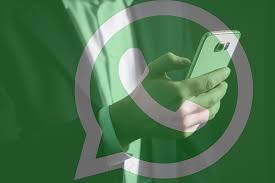 What is Microsoft Dynamics CRM and How Does it Integrate with WhatsApp?

Learn how you can integrate WhatsApp with Microsoft Dynamics CRM, one of the most widely used CRMs on the market. 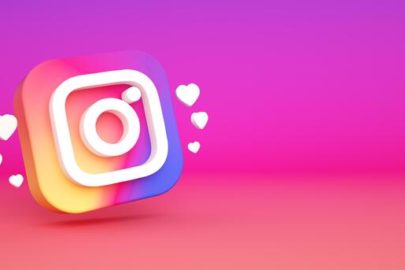 Selling on Instagram is essential. Here we present tips for successful sales on the app.